Michael Vick is back home in Hampton, Va., after being released from prison yesterday. The disgraced and supposedly penniless former NFL star will begin work at one of W.M. Jordan Co.’s 40 commercial construction sites earning $10 an hour as a general laborer. The company’s president, John R. Lawson, is an ‘75 grad and a member of the Virginia Tech Board of Visitors. Clearly, he believes that Vick deserves a second chance, as do I.

Here’s the thing that really bothers me: Michael Vick did more time in prison, 19 months, for killing pitbulls, than St. Louis Rams defensive lineman Leonard Little did for killing a woman in 1998 while driving drunk. Little served 90 days in jail, four years probation and 1,000 hours of community service… He KILLED a woman. A mother. A wife. A 15-year-old boy lost his mom and a husband, who had already lost a daughter to a car accident lost his wife. And all Little got was 90 days in jail.

The NFL suspended him for eight games. Vick has already missed two full seasons and could very well get a suspension from current no-nonsense commissioner Roger Goodell, but he has said that he will not even meet with Vick until the former star’s home confinement is completely on July 20.

Following Little’s 90 days in jail, he said that he would never forget what he had done. Apparently, he did because in 2004 he was arrested for driving drunk and speeding. He failed three sobriety tests, but somehow the charges were dismissed and he walked away with a mere speeding charge. Unbelievable. 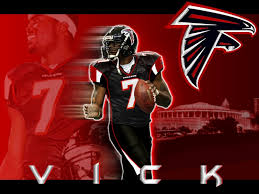 So, what can we take from this? That killing a dog, while unthinkable and detestable, is a greater crime in our society than killing a human being. Some will argue that in Little’s case he didn’t intentionally mean to kill someone. Bullocks! He got in the car while drunk and he should be responsible for his actions. In my opinion, Little deserved more jail time than Vick and so does Dante Stallworth of the New Orleans Saints, who faces DUI manslaughter charged after killing a man while driving drunk. And now for the head-shaking bit of news from Yahoo! Sports, according to Jason Cole’s article Stallworth may get a break on manslaughter charge:

Stallworth, who is scheduled to be arraigned Thursday, may still have to serve time in jail and reach a civil settlement with the family of Mario Reyes, who was killed when Stallworth hit him in the early morning hours of March 14. However, Stallworth’s jail time could be only a matter of two or three months rather than the possibility of up to 15 years in prison under state law, two NFL sources said this week. Beyond that, Stallworth could play this season, one of the sources said.

Only a matter of two or three months? He could play this season? For killing a man? Am I the only one outraged by this? Thankfully I’m not alone, but it seems like we’re in the minority. Kill a man and you can be out of jail in 2-3 months and play that season. Kill pitbulls and go to prison (not jail, there is a difference) and serve nearly two years and miss 2-3 seasons. Yeah, America, our priorities are completely out of whack. Stallworth should be suspended for the season, at least!

The other things that bother me about this whole thing is that PETA (People for the Ethical Treatment of Animals) says Vick doesn’t deserve another shot at the NFL until he passes a psychological evaluation. Really? Really, PETA? Your whack job zealots go around throwing blood on people … perhaps you need to undergo psychological evaluations before you start mandating who can and cannot return to their job after paying their debt to society as prescribed by their sentence.

What Vick did was horrible and as a dog lover, I do not condone what he did. But he paid his debt to society. He paid more for his crime than his peers did or will for their crimes of killing a human being. Vick deserves a second chance and I can’t wait to see him get his life together, show repentance and then get back on the field.